What are common technological terms that I should know?

Adware - A form of spyware that collects personal information about the user in order to display targeted advertisements in the web browser. These targeted ads are based on the information it collects from the user's browsing patterns. See Malware & Sypware.

Bandwidth - How much data you can send through at network connection (usually measured in bits per second).

CD-R (compact disk recordable) disks - Optical-disk form of secondary storage that can be written to only once but can be read many times.

CD-RW (compact disk-rewritable) disks - optical disk form of secondary storage that allows clients to record and erase data, so that the disk can be used multiple times.

CPU (Central Processing Unit) - The processing chip that is the "brains" of a computer.

Desktop - The main or 'Home' area displayed on a Windows computer. The desktop usually contains icons and shortcuts to My computer, Recycle Bin, and various programs.

Driver - A specially written program which understands the operation of the device it interfaces to, such as a printer, video card, sound card or CD ROM drive. It provides an interface for the operating system to use the device.

Firewall - A combination of hardware and software that separates a network into two or more parts for security purposes.

Freeware - Free software found on the Net. It's copyrighted by the authors, but they've chosen to give it away for free. You cannot sell it or use it in unauthorized ways.

Home Page - The web page that your browser is set to use when it starts up.

Icon - A graphic symbol for application, file or folder.

Java - A network-oriented programming language invented by Sun Microsystems. J A V A is specifically designed for writing programs that can be safely downloaded to your computer through the Internet and immediately run without fear of viruses or other harm to your computer or files.

LAN (Local Area Network) - A computer network limited to the immediate area, usually the same building or floor of a building.

Mailbox - An area in memory or on a storage device where email is placed. In email systems, each user has a private mailbox. When the user receives email, the mail system automatically puts it in the mailbox.

Malware - Any software developed for the purpose of doing harm to a computer system.

Network - Any time two or more computers are connected and share resources.

Network Interface Card (NIC) - An expansion board you insert into a computer so the computer can be connected to a network. Many NICs are integrated onto the motherboard.

Phishing - Attempts via email to trick you into clicking a link or providing information that you should not share.

Port - A connection socket, or jack on a computer. Usually associated with a network connection.

RAM (Random Access Memory) - Hardware 'sticks' which temporarily store information while a computer is being used. Data stored in RAM is lost when the computer is shut down. Usually measured in Megabytes.

Reboot - To restart you computer by choosing Restart from the Start menu, or by hitting the keys Ctrl-Alt-Delete. Rebooting is different than powering down and powering back up. Use a Power Down / Power Up when dealing with viruses. Many computer problems can be solved by rebooting.

Safe Mode - A specific way for the Windows operating system to load when there is a system-critical problem interfering with the normal operation of Windows. Safe mode allows the user to troubleshoot the operating system to determine what is not functioning properly. T Shortcut - An icon that points to a file, folder or application.

SPAM - A term used to describe junk and unsolicited e-mail.

Spyware - Programs that, when installed on you computer, change settings, display advertising, and/or track Internet behavior and report information back to a central database.

Server - A computer, or a software package, that provides a specific kind of service to client software running on other computers. The term can refer to a particular piece of software, such as a WWW server, or to the machine on which the software is running, (e.g. "Our mail server is down today, that's why email isn't getting out.") A single server machine could have several different server software packages running on it, thus providing many different servers to clients on the network.

Surge Suppressor - A power strip that has circuits designed to reduce the effects of surges in electrical power.

System Tray - A taskbar (usually at the bottom right, next to the clock) that contains miniature icons for easy access to system functions such as fax, printer, modem, volume, and more.

Temporary Internet Files - A folder located on a hard disk in which a browser stores the web site data for every web page or URL address that a user visits. When the web server sends the web page files to the browser, they are stored in this folder. This is done so that the next time the user visits the same web site, the browser can display the page more quickly. Viruses hide here, empty them often.

Trojan - Programs (often malicious) that install themselves or run surreptitiously on a victim's computer. They do not install or run automatically, but may entice users into installing or executing by masquerading as another program altogether (such as a game) or they may be packaged with hacked legitimate programs that install the trojan when the host program is executed.

UPS (Uninterruptible Power Source) - A power supply that includes a battery to maintain power in the event of a power outage. Typically, a UPS keeps a computer running for several minutes after a power outage, enabling you to save data that is RAM and shut down the computer gracefully.

URL (Uniform Resource Locator) - The standard way to give the address of any resource on the Internet that is part of the World Wide Web (WWW).

Virus - An undesirable program that runs on a system against the owner's wishes that can take control of the operating system and cause damage.

Virtual Memory - Using part of your hard drive as though it were "RAM".

VLAN (Virtual Local Area Network) - A network scheme useful for grouping departments together for security purposes and for minimizing network traffic. In addition to normal Internet VLANs, Taylor has VLANs for isolation.

VPN (Virtual Private Network) - A network which uses the public network to transfer information using secure methods. For example, you could set up a VPN between your home office and your business office using security and encryption and the Internet as your connection.

Worm - A self-replicating computer program, similar to a computer virus. A virus attaches itself to, and becomes part of, another executable program; however, a worm is self-contained and does not need to be part of another program to propagate itself. Worms are often designed to exploit the file transmission capabilities found on many computers.
See other articles in General Information.

Was this article helpful?

Thank you for your feedback! 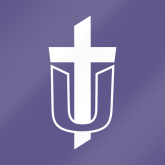 Located on the Main Level of Zondervan Library